The winners of the Castaways Fremantle Ports People’s Choice Awards have been announced. Castaways is Rockingham's signature art and culture event.

The City of Rockingham has announced the winners of the Castaways Fremantle Ports People’s Choice Awards, with winners in the Main Exhibition, Schools Competition and Maquette and Small Sculpture Exhibition chosen by the public.

Castaways is the City’s signature art and culture event and provides emerging and professional artists with an opportunity to showcase their creative skills by designing sculptures made from repurposed materials. This year, Castaways ran from 23 – 31 October.

The winner of the $1,000 Fremantle Ports People’s Choice Award – Main Exhibition category is Kim Perrier with Carbonature Metamorphosis ‘A Quest for Balance’ (below). “We are delighted to sponsor the three People’s Choice Awards, a fantastic way to give visitors to the exhibition a voice and reward artists and students who inspire them.

“The creative reuse of materials by artists aligns with our priority of environmental sustainability.”

“This year’s edition of Castaways featured several outstanding artworks, and the variety of sculptures on display provided visitors with an array of sculptures to select as their favourite,” Mayor Hamblin said.

“The votes have since been counted and the City would like to congratulate Kim Perrier, Paul Fontanini, Andrew Wilmott and Rockingham Beach Primary School on their well-earned success.

“The People’s Choice Awards wouldn’t be possible without the support of sponsor Fremantle Ports, and the City would like to gratefully acknowledge Fremantle Ports for its ongoing support of the Castaways Sculpture Awards.” 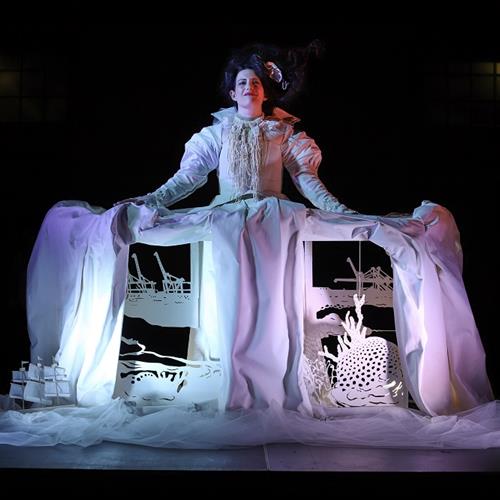