Port trade - past and present

Major imports through the port in the early years of its history were manufactured goods, food products and some raw materials such as coal.

Fisheries products, sandalwood and other timbers, wool, gold and later wheat were the major exports, but for many years, obtaining sufficient cargoes to backload the ships was a problem.

Today, East and South East Asia, including Japan, are the major trading regions for Fremantle overall. See the world map on the Annual Trade Overview.

Other principal areas of trade through Fremantle include the Middle East, other Australian States, UK and Western Europe, Southern Asia (including India and Pakistan) and the South Pacific (including New Zealand, Papua New Guinea, Fiji and other islands).

In the early years of Fremantle Port’s history, sandalwood was an important trade.

The highly aromatic wood was in demand in Asia for incense sticks, and the first shipment of four tonnes from Fremantle was made in 1845.

Within three years, sandalwood exports had risen to 1335 tonnes, earning about 45 per cent of the colony’s export income. The principal markets were Singapore and China.

The York and Toodyay areas were among the early sources of supply, and before the introduction of rail transport, the sandalwood was imported by horse and bullock teams. Some of the buyers took delivery in Guildford and sent the timber by river to Fremantle for shipment.

The opening of the Eastern Goldfields railway later gave sandalwood pullers access to further resources in the agricultural and goldfields areas.

Sandalwood oil, sometimes referred to as ’liquid gold’ because of the high prices it can fetch in Asia, is still exported from Fremantle Port, but the industry is carefully managed to conserve the resource.

Goods sheds: A Shed, B Shed, C Shed, D Shed and E ShedIn the early years of the port and before containerisation, a variety of cargo was handled by the transit/goods sheds along Victoria Quay through ship discharge and loading operations. Cargo was conveyed to and from the sheds and wharf area by rail or road transport. Rail lines can still be seen in and around the heritage-listed sheds. In the earlier years, the sheds and berth area also facilitated the arrival and departure of passenger, naval and special-purpose vessels. With the advent of containerisation, the sheds no longer handle cargo and have been repurposed for a variety of other uses in recent years.E Shed was relocated in 1996 to its present site. 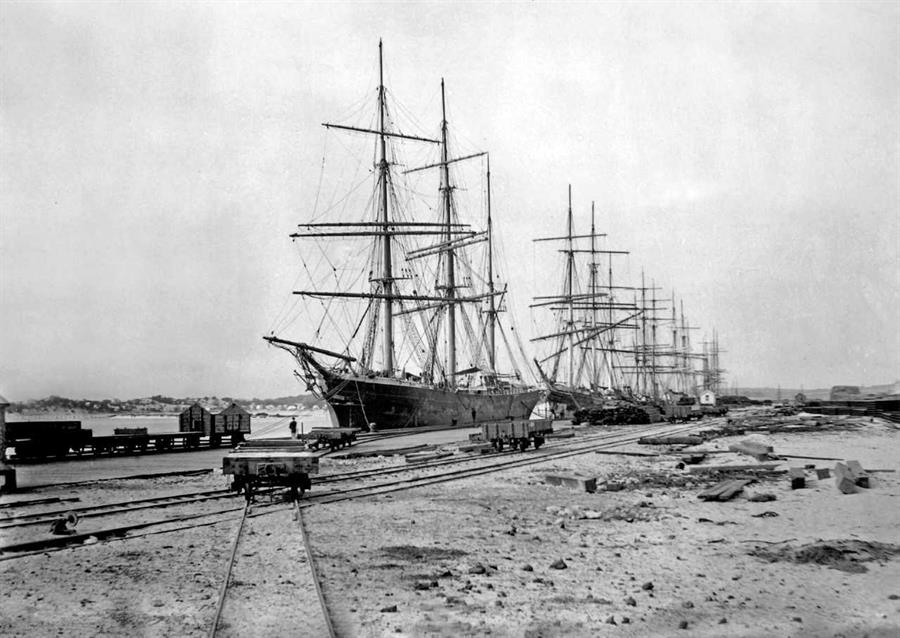