Fremantle Ports has welcomed the WA Government’s announcement this week of a new alignment of road and rail bridges to replace the ageing Fremantle Traffic Bridge.

Fremantle Ports has welcomed the Western Australian Government’s announcement this week of a new alignment of road and rail bridges to replace the ageing Fremantle Traffic Bridge.

Fremantle Ports CEO Michael Parker said a dedicated freight rail crossing was necessary to reduce truck movements on roads for the community in the years ahead, by putting a larger share of containers on rail.

“The new rail bridge will allow freight and passenger trains to be on separate bridges, which will result in more containers being moved by rail and fewer trucks on the road,” he said.

“Currently, freight and passenger services share one rail bridge which restricts the hours* that freight trains can travel on the bridge.”

Mr Parker said that in spite of these limitations, Fremantle Ports had been able to grow the percentage of containers moved on land by rail to nearly 20%, which equated to taking about 100,000 truck movements off the road each year.

“Separate rail bridges will enable Fremantle Ports to reach the State Government target of 30% of containers on rail, even while the number of containers handled in the Fremantle Inner Harbour continues to grow.”

He said annual independent surveying of residents living near the Inner Harbour showed they were nearly all in favour of using rail to transport containers to and from the port.

“Inner Harbour community support for using rail has remained consistently high over a number of years at around 87%,” he said.

He said Fremantle Ports would continue to work with Main Roads WA during the design and construction process to minimise impacts on the working port.

“Our pilot boat jetty and offices are located on the southern side of the Inner Harbour under the current rail bridge and in the vicinity of the new rail and traffic bridges.

*Freight trains cannot travel over the Fremantle rail bridge during the morning and afternoon peak passenger commuter times, which total more than 6 hours per day on weekdays. 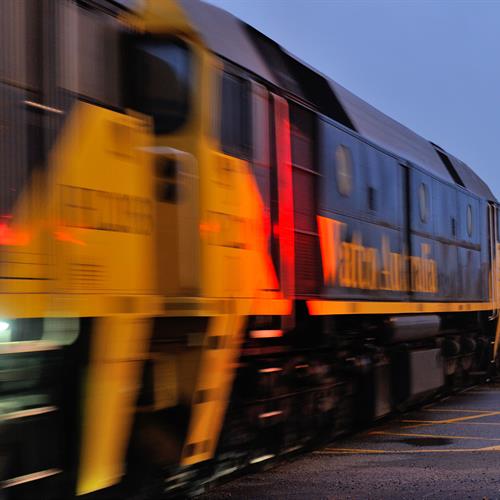