He visited Fremantle Ports in 2016 to celebrate his 100th birthday in the Harbour Master's office in Fremantle Ports’ Administration Building, on Victoria Quay. Capt. Adams cut a birthday cake and enjoyed afternoon tea and the views of the harbour from his old office. Capt. Gray presented him with a copy of John Dowson’s book Fremantle Port.

Capt. Adams visited Fremantle Ports again in 2017 to show two of his grandsons, Craig and Andrew Boyne, one of our modern pilot boats, Berkeley (see photo below).

Born in County Durham, UK, one of four children, Capt. Adams grew up in the village of Eighton Banks where ship building, ship repair and coal mining were the main occupations.

He first signed up to go to sea as an apprentice at 16, after two years of working as an apprentice linotype operator. He spent many years working for the Blue Funnel line. Capt. Adams wrote his autobiography A Pinch of Salt in 1996.

The Fremantle Harbour Master is responsible for enforcing the regulations of the Port of Fremantle to ensure the safety, security and operation of the port and shipping.

John Adams, known as Jack, was a Geordie. He was born at 11 Springfield Ave, Eighton Banks, County Durham, England.

Jack's parents were John Adams and Isabella Stevenson. There were four children in the family, Nora, Jack, William and Tom.

Jack's boyhood was typical of the experiences of working-class families during the World War I.

Jack attended the Elizabethville School at Eighton Banks where he showed early promise in sporting pursuits. He played soccer for County Durham.

After leaving school he was apprenticed as a linotype operator. He chose not to go down one of the 400 coal mines in the area. At the age of 16 he decided to go to sea. In 1932 he signed the apprentice's indentures to train as an officer.

He spent four years - four hours on and four hours off on ships carrying cargo off the west coast of Africa, before becoming an officer. Throughout World War II he sailed through many war zones. He was in the Atlantic dodging U-boats, in France when the Germans invaded, in Shanghai being threatened by Japanese ships, Hong Kong when it fell, Singapore, the Mediterranean and he transported thousands of troops to New Guinea.

At the end of the war Jack stayed with the Blue Funnel Line ship Gorgon, trading between Singapore and Fremantle. Captain Adams was made Master of the Gorgon in 1949. For 17 years he had a life at sea. He met his future wife, Lorna Graeme Peake, while visiting Fremantle. They married on September 3, 1947, and had four children - John, Ross, Margaret and Judith. Jack and Lorna were married for nearly 72 years. On June 30, 1949, Jack was appointed as a temporary pilot for the Fremantle Harbour Trust. He served the Port of Fremantle for 27 busy years. He saw the expansion of Cockburn Sound, the building of the passenger terminal and containerisation.

Jack enjoyed his career as a Fremantle pilot before being appointed Harbour Master, serving from 1968 to 1972. He was Divisional Manager Operations 1972-1976. He was highly respected, straight, fair and kind. Jack contributed to community organisations such as the Mission to Seamen. He was scoutmaster for the Mosman Bay Sea Scouts. He was a foundation and life member for Chidley Point Golf Club, now known as Mosman Park Golf Club. His organisational skills and enthusiasm were invaluable in developing the course.

Jack was interested in all activities, he liked to be involved and rarely sat still. He was a gifted storyteller, singer and entertainer. In retirement he was interested in nautical antiques, rope work, travel, watercolour painting and he co-authored two books. Perhaps his penchant for raw onions and whiskey may be the secret to his longevity. He had a long diverse life, well lived. 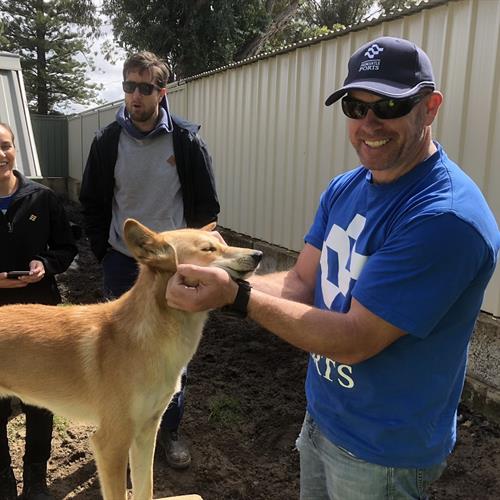 Our Annual Report 2017-18 gained awards for the whole report and complaints handling in particular.
View Congratulations to all winners at the Fremantle Business Awards 2018
View