Trade data for the first eight months of the FY show Western Australians are continuing to buy a lot of furniture, household appliances and cars.

Trade data for the first eight months of the financial year (July 2020-February 2021) compared with the same time last FY show Western Australians are continuing to buy a lot of furniture, household appliances and cars.

Container trade: imports up, exports down

Full container imports were up about 3% with furniture up about 21% and household appliances up a huge 39%.

Full container exports are down about 13% due to wheat, oaten hay, and wastepaper exports being down.

As the eastern states are no longer in drought, exporters there have recovered their overseas markets and more wheat is being exported from those states.

Breakbulk trade in the Inner Harbour has increased nearly 23% with imports up 34%.

Passenger and industrial vehicle imports, iron and steel product imports, scrap metal exports and imports of recreational equipment, such as caravans, trailers, boats and motorbikes, are all up.

With the onset of the COVID-19 pandemic, used vehicles from the eastern states started being imported to WA more by ship and less by road and rail.

Iron and steel products up 41%

Iron and steel products, one of the port’s major breakbulk import commodities, are up about 41% or nearly 29,000 tonnes.

These products are used in the building construction industry and mining industry, and the level of product currently being imported is back to the high tonnages imported in 2012-13 during the mining boom.

About half of the iron and steel products come from Port Kembla and about half are from overseas (South Korea, China, Taiwan and the USA).

Total breakbulk Inner Harbour exports are up 6% predominantly due to scrap metal exports rising by 28%.

Live sheep and cattle exports are significantly down (45% and 20% respectively).

Total port trade was 20.1 million tonnes YTD, down 10.4% as this figure includes the three private jetties in the Outer Harbour.

The import of crude oil at BP Jetty has ceased since February and there was less grain exported through the CBH Group jetty.

There were 962 ship visits (excluding naval visits) to the Port of Fremantle (Inner Harbour and five jetties in the Outer Harbour).

Commercial ship visits to the Fremantle Inner Harbour have declined by 122 visits due to container vessels and car carriers decreasing by about 20% (58 visits) and 18% (26 visits) respectively, with the remaining decline mainly due to a decrease in livestock and cruise ship vessels.

The decline in container vessels has resulted from major shipping agent conglomeration and larger vessels causing a reduction of visits.

Ship visits to the Outer Harbour have declined by 39 visits (about 9%) mostly due to fewer visits to BP (down 25) and CBH (down 12) jetties. Highest number of containers ever handled at Fremantle Port

The Port of Fremantle handled its highest number of containers last financial year, in spite of the COVID-19 pandemic affecting supply chains around the world.
View 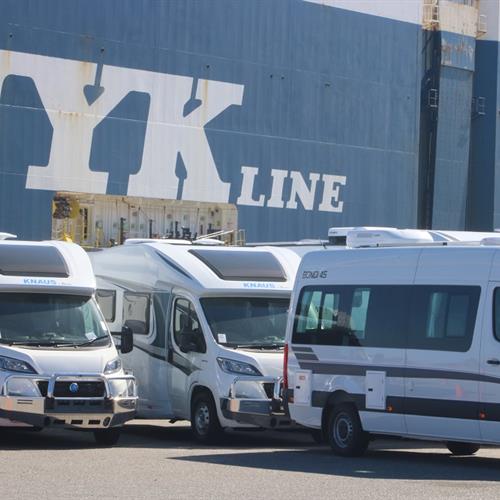