The 2018-19 cruise season in Fremantle wrapped on 28 March with Viking Sun departing after a debut visit.

In all, there were 35 ship calls comprising 19 individual ships making 16 transit calls (where the ship calls as part of an ongoing voyage) and 19 turnaround visits (where there is a complete passenger exchange).

The next cruise ship visit to Fremantle is Sea Princess on 20 October.

During the cruise season, the Fremantle Passenger Terminal was also upgraded.

In addition to Viking Sun, debut visits were made by AIDAaura, Silver Muse and MSC Magnifica.

After six seasons home basing in Fremantle, Pacific Eden departed from Fremantle on 21 March for the last time but it will return in January 2020, rebadged as Vasco da Gama, as it is changing from cruise line P&O to Cruise and Maritime.

Vasco Da Gama will replace Astor and will home base out of Fremantle.

The last time the ship was refitted and renamed was when it visited Fremantle for five days in November 2015 and arrived as Statendam.

Debut calls next season will also include Boudicca and Majestic Princess. Ovation of the Seas Oct18 Undercurrent 19 transformed the port in November with artists responding to the port with site-specific works.
View 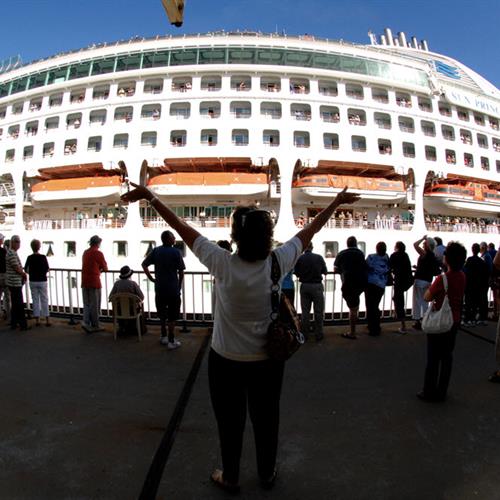